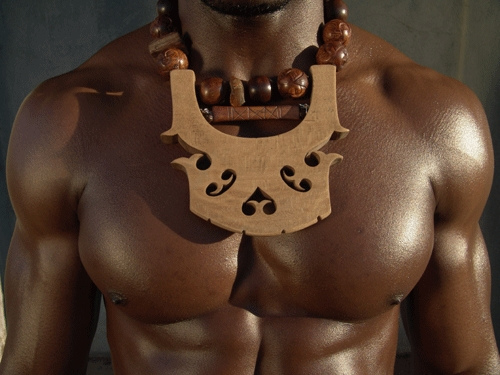 If you have ever tried to look online for advice when it comes to building muscle and burning fat, you'll probably have noticed that no one on the net really seems to agree. The problem is that there are just too many dissenting opinions and no official word on what the ‘correct' way to train is.

The reason for this is of course that no one actually knows for sure, and while there might be one ruling set of principles at any given point, it's never long before a new discovery or idea comes along and causes a paradigm shift that alters the way we view muscle building and biology in general.

Then there's another problem – the unfortunate fact that the people doing the research are seldom the same people that are spending hours a day in the gym lifting iron. The research can often point to one thing, but those of us who live, eat and breathe gym will often find those ideas to be unintuitive – and the researchers too detached to really know what they're doing. Then there are the new ideas that come from the gym, but which are so far removed from ‘conventional wisdom' that no one knows whether to trust them or to stick with old guard.

So what's the solution? Who do you trust? Let's have a look at the reality.

The reason this topic has been on my mind of late is because of an article I read not long ago on pre-exhaust sets. Pre-exhaustion is essentially the practice of training a particular muscle group for a bit prior to beginning your main exercise. For instance then, if you were going to do a bench press, a pre-exhaust set might consist of some press-ups using about 70% capacity. The idea is that this then means your muscles are already tired before you go into the exercise meaning you're more likely to cause those all-important micro-tears. Bodybuilders love this technique, and so do I.

But then some ‘scientists' came along and did a study that found that the bench press actually engaged the pecs less after a pre-exhaust set than it would if you went straight into it. The reason behind this of course is that your shoulders and triceps step in to help out more when your pecs are already tired. Conclusion: pre-exhaust sets aren’t any use.

Except if these researchers had ever trained to failure, ever heard of a forced rep, or ever done a cheat, they would know that the cumulative amount of effort that had gone into that exercise was still greater. The shoulders chipping in should only tell you that the exercise is surpassing 100% capacity – in other words you're pushing yourself to the absolute limit which is exactly what you need to do to grow. Of course your pecs are engaged in the exercise less, because they've done more. Overall, the whole sequence is still much more useful for building muscle.

Don't believe me? Just ask any single professional bodybuilder, who will completely rely on techniques like this to go ‘past failure' and increase their load.

Of course I'm not bashing science here. I actually love science, and I certainly much prefer it to hokum and old wive's tales. However what I trust more than anything is what I see with my own eyes and what I feel in my own body. My friend's girlfriend who's a graduate in dietetics recently informed me that ‘protein was a waste of money' because milk contains the exact same protein. I politely responded that she had her facts wrong – yes, whey protein comes from milk, but only in very small amounts. When you drink a protein shake you're getting the amount of protein equivalent probably to over a hundred glasses of milk – and if you drank a hundred glasses of milk it would be very expensive and you'd end up with high cholesterol and kidney stones.

So I do trust science I just don't always trust the people researching it or the people writing about it. I highly recommend reading up on the science behind building muscle because knowledge is a very powerful weapon in the fight against plateaus and guts. That said though, I recommend trusting what you see with your own eyes far more than anything else. That, and whatever Arnie, Weider, Coleman or another legend of bodybuilding tells you.
[custom_author=James Moore]