Our Blog
You are here: Home1 / Our Blog2 / Beauty & Skin Care3 / Blue Eyes Versus Brown: Finding the Epitome of Beauty 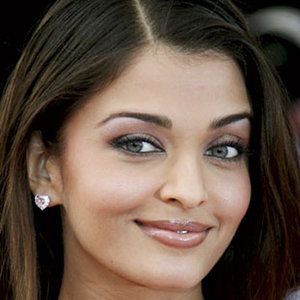 Aishwarya Rai is an Indian beauty with striking blue-green eyes. But, would she be the Miss World and Bollywood’s darling if she had dark eyes? Would she have taken on Hollywood and won? Perhaps yes and perhaps no. It’s a conundrum that can’t be answered simply.

Since color-changing contact lenses became available in 1984, women have been keen to experiment and try on different colored eyes. The dominant pattern was that women of African, Middle-Eastern and Asian descent wanted to see what it was like having blue or green eyes.

Naomi Campbell, Lil Kim and Ziyi Zhang famously opted for blue or green contact lenses. For Muslim women, changing eye color is a way of showing off some individuality, with limitations placed on other parts of their wardrobe.  Changing eye colors can also hint a deep denial of one’s ethnic identity too.

Allure Magazine in America surveyed a mix of 2,000 women of African American, White and Hispanic descent in 1991, and then again for their 20th anniversary in 2011.  There’s a stark difference in responses.

In 2011, 64% of the women and men in the survey reported that a woman of mixed race descent was the new epitome of beauty. African American and Hispanic women were three times more likely than white women to be happy with their bodies, not watch what they eat and aspire to a curvy shape. This survey is far from being representative of the population and more research is needed.

Nowadays, things are still far from OK. There are women in Asia who have plastic surgery to make their eyes and lips look more western.  There are black women who dye their hair lighter and wear blue contact lenses to make themselves look more white.  There are also women who get butt implants to make them look more round and curvy. Clearly, women still suffer from the same lack of self love about their ethnic heritage.

A Lesson in Beauty

Skin color, eye color, nose shape and bone structure are markers of ethnic difference; but it’s precisely these differences that make people so interesting to look at, striking and beautiful. If only the fashion world would whole-heartedly agree.

There are steps in the right direction. Nowadays, the fashion world embraces models who look different, edgy and unique.  In the past decade, this has included dark-skinned and dark-eyed models of many ethnicities.  Middle-eastern bone structure is beautiful, Asian eyes are beautifully shaped, African lips are luscious, white people have beautifully compliant hair.  However, we should try and not make narrow judgements.  Beauty is beauty and comes from every corner of the globe.